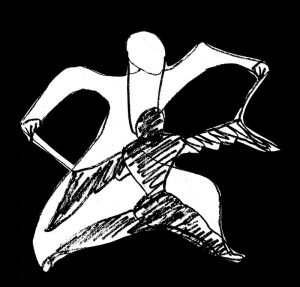 Gillie designs and directs, sometimes with her own company, SUSPENDED ANIMATION

This version of the great Indian epic is based on the audiobook version Ramayana, An Ancient Indian Epic, written by Shreyas and Ayur Pulle and produced by Neelima Penumarthy for Puranas

A short, taster version will be performed at the Nehru Centre, 6.30 p.m. on Thuyrsday 31st October, as part of Women in the Arts festival, curated by Jay Visvadeva Artistic Director of Sama Arts

Also at Diwali on the Square, at Trafalgar Square on Sunday 3rd November, during the afternoon 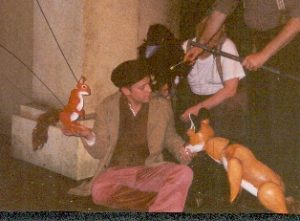 in an underground abattoir in Smithfield

A WIZARD OF EARTHSEA for JACKANORY, BBC

TALES FROM THE DECAMERON for Channel 4

WIZARD OF EARTHSEA by Ursula le Guin for Jackanory

DRAGON at the National Theatre 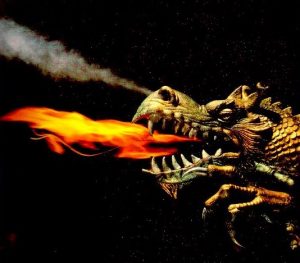 As well as designing for and directing her own company Suspended Animation,

Gillie also performs with and directs other companies.

for the the Little Angel theatre
dir: Gillie Robic
performed by members of the Aurora Orchestra

Wealtheow in Christopher’s BEOWULF for the National Theatre.

With Barry Smith’s Theatre of Puppets

and in two productions of Manuel de Falla’s opera,

At the Little Angel Theatre her performances include:

Menotti’s AMAHL AND THE NIGHT VISITORS,

ANTIGONE by Frederic Rzewski, dir: Caroline Astell-Burt at the ICA